📣 Gratefulness In The Middle Of A Pandemic: Twitter Debuts 🤗 Thankful Emoji, Begins Roll Out Of Twemoji 13.0 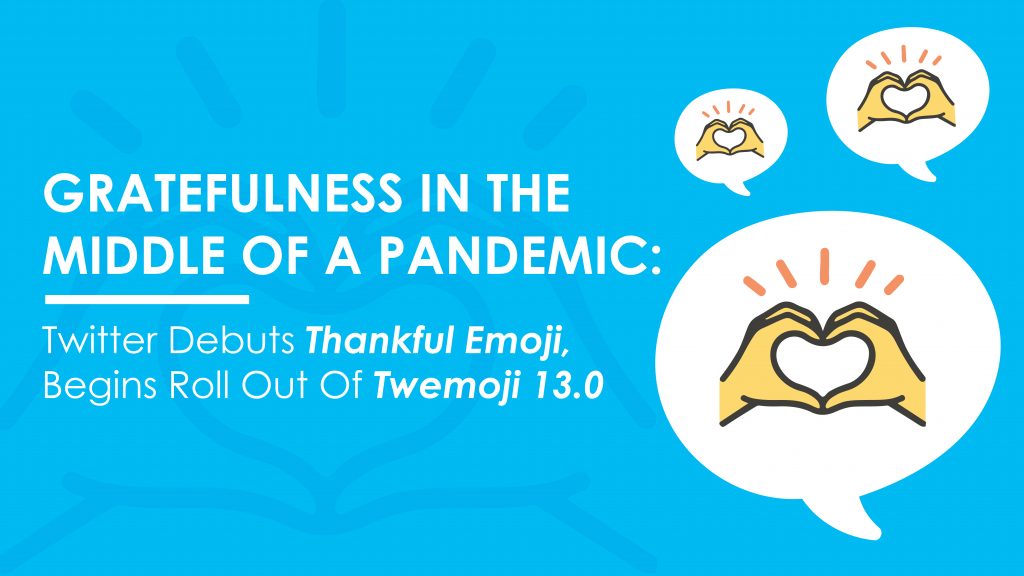 We are living in uncertain times. As COVID-19 spreads across continents, keeping everyone under lockdown in their homes, Twitter is rolling out alternative ways for people to express care, gratitude and compassion to others. A few weeks after Facebook released its Care emoji, Twitter came out with its own feel-good symbol at about the same time it rolled out Twemoji 13.0. 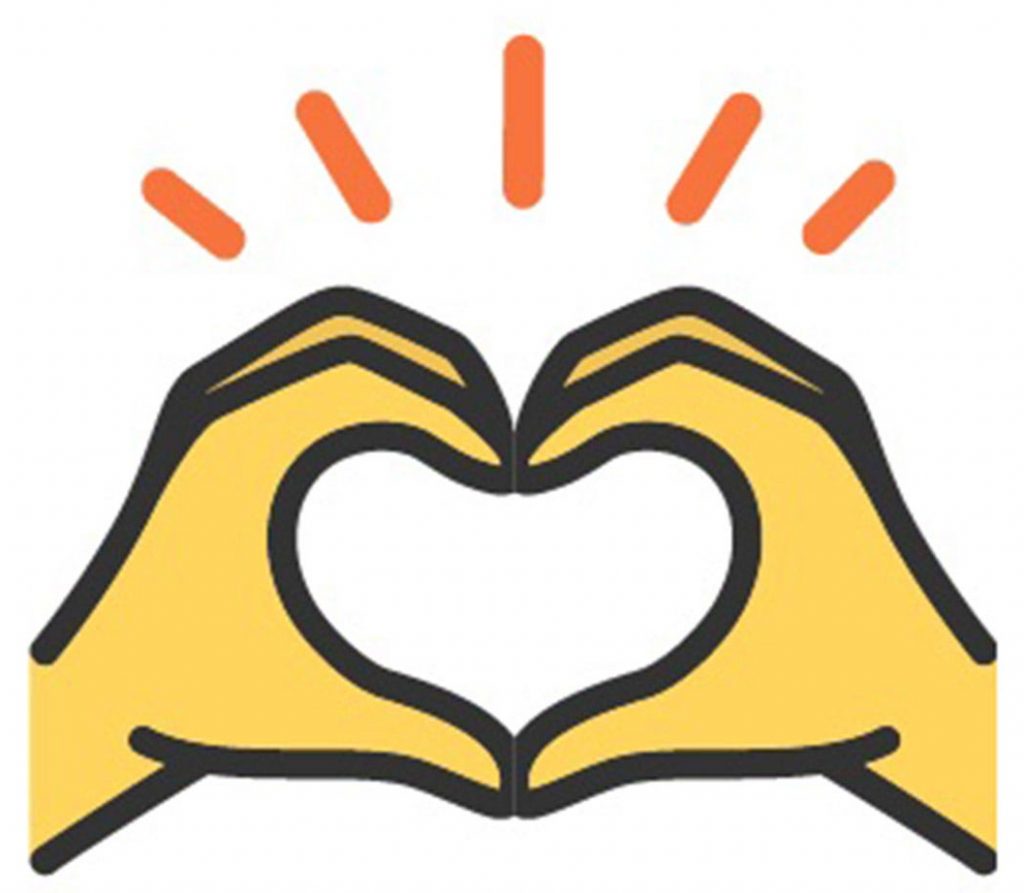 Simple, sweet, and direct to the point, Twitter’s special symbol is an image of two hands forming a heart. The symbol is being marketed as a fresh way for users to show appreciation to frontline workers, or to basically everyone else who has shown a helping hand in these hard times. How to activate it? Just type in the words #gratitude, #thankful, or any variation of those hashtags, and the emoji will appear!

It should be noted, according to Twitter, the idea for the new emoji took root when the people behind the social media platform noticed that more users were using the words “thankful,” “grateful,” and “thankful for,” in their tweets. In fact, there was a 37 percent growth in these terms, and 265 million people around the world were using those words in their tweets!

Other emojis that had the same meaning had the same effect. The appearance of the 🙏 Folded Hand emoji in tweets went up 50 percent. Similarly, the number of people that use the 👏 Clapping Hands emoji went up 10 percent. Twitter noticed the surge in the first half of March which was around the time the Coronavirus began to spread to the United States. 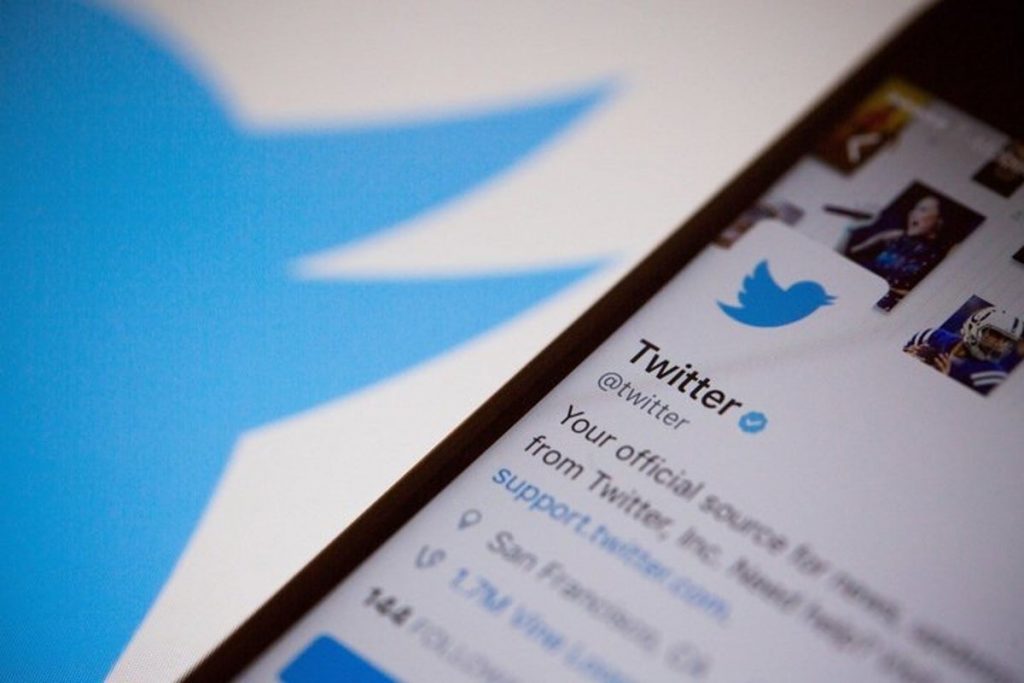 Photo from When In Manila

The social media app followed it up with another tweet, posting, “To give you another way to show your gratitude, we’ve created an emoji that will appear when you use #thankful or other hashtags for #gratitude (in various languages).” 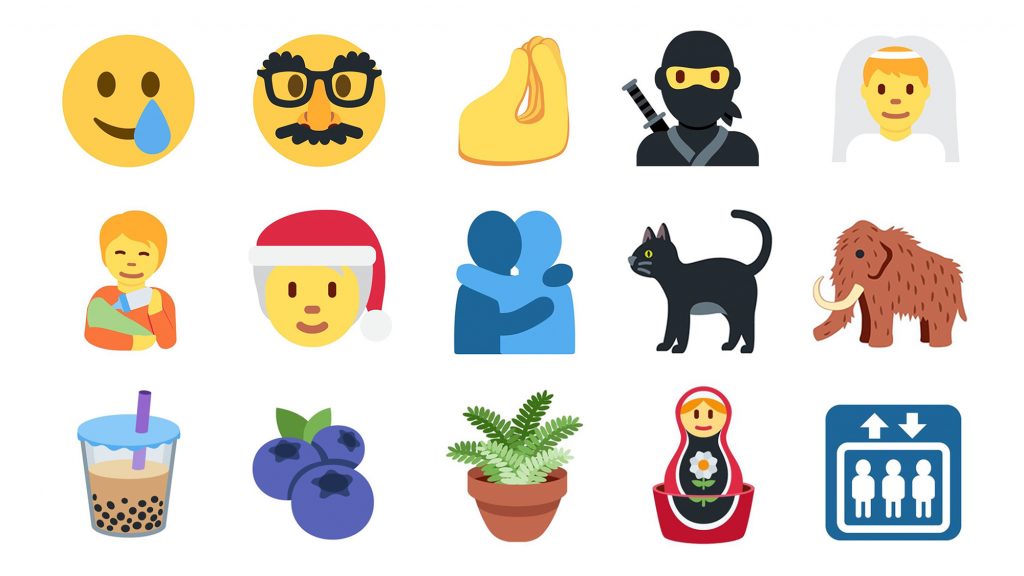 The past two weeks have been rather busy for Twitter. As mentioned earlier in the article, the social networking app also recently released Twemoji 13.0. In case you’re new to the Twitter world and you’re not sure what Twemoji means, and what makes Twemoji 13.0 such a big deal, we’re breaking it down for you. 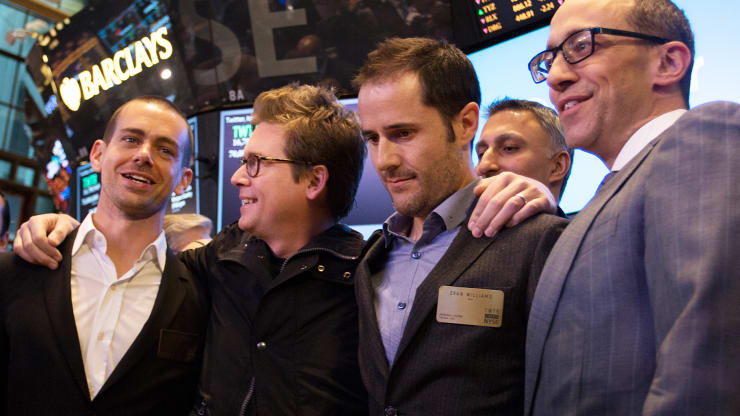 Jack Dorsey, Noah Glass, Biz Stone, and Evan Williams created Twitter in 2006. Yes, the American microblogging and social networking service has been around for 14 years! Without a doubt, they’ve been an interesting 14 years.

From 2006 to 2020, Twitter has experienced several emoji updates. Before Twemoji 13.0, the update Twitter last gave its emojis Twemoji 12.1.5, and it happened on January 7, 2020. This selection turned out to be quite the game-changer because it brought a lot of gender-neutral emojis to the platform. All in all, 168 emojis made the Twemoji 12.1.5 cut.

Now that we’ve got that out of the way, let’s go back to Twemoji 13.0. If you’ve been an Emojiguide reader for quite some time now, you know that back in January; we made an article about the 117 new emojis coming to all major devices this year. Well, now it’s finally happening!

Twitter has begun the rollout of Twemoji 13.0, and it’s got all the emojis people were most excited about! Some of the emojis generating a lot of buzz are the Bubble Tea emoji, Smiling Face With Tear emoji, and Pinched Fingers emoji. All in all, 103 new emojis are in Twemoji 13.0. Isn’t that exciting?

You might wonder, if 117 new emojis are scheduled to arrive, why only 103 are supported by Twitter? This is because Twitter has been supporting the Transgender Symbol emoji and Transgender Flag emoji since they were drafted in June 2019.

By drafting, we mean, the draft emoji sequences of the Transgender Flag and Transgender Symbol emojis were already being supported on Twitter as early as June 2019. To see these symbols on Twitter, users needed to have a Twemoji-compatible platform- Twitter mobile, Twitter for web, Twitter for Android or TweetDeck. 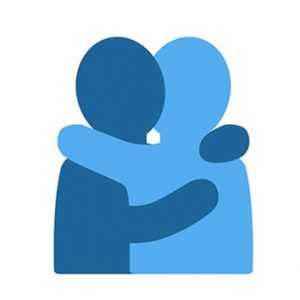 If you’ve seen the People Hugging emoji, you will understand why—it is just basically an image of two blue blobs, one dark blue, one light blue, in an affectionate embrace.

Can’t wait to see the emojis you can add to your tweets? We know exactly how you feel, which is why we listed down some of them for you. Plus, we’ve also presented some commentary on the emojis we feel will make it big.

Check them out below!

The first Twemoji 13.0 sub-group is the Smileys and Hand Gestures category. The two new smileys included in Twemoji 13.0 are the Disguised Face and Smiling Face With Tear smileys. The Disguised Face emoji is a yellow face with thick eyebrows, a mustache, enormous glasses, and an enormous nose. The emoji represents someone in disguise, or donning a disguise. 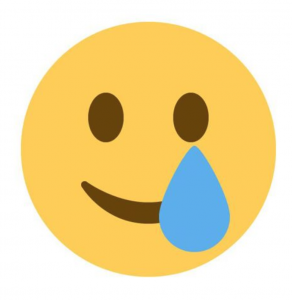 The Smiling Face With Tear is one of Twemoji 13.0’s most requested emojis. It is an illustration of a yellow face with a solitary tear coming out of one of its eyes. Think of it this way—have you ever, “smiled through your tears”? Pretended to be happy even if deep inside you’re sad and crying?  We’ve all been there, and the Smiling Face With Tear emoji captures that moment.

The final highly-anticipated emoji in the Smileys And Hand Gestures group is the Pinched Fingers emoji. It is an image of the famous Italian hand gesture. In real life people, use this gesture to express confusion, disbelief or outright rejection in response to a statement.

In the last few years, the attractiveness of Korean culture has increased around the world. But how does the Pinched Finger emoji connect to the Hallyu or Korean cultural wave? This is because the Pinched Fingers emoji also works as a Korean hand heart symbol. The Korean message of love hand gesture many people have been mimicking in photographs. Now that you know about that, you know what it also means… with the rolling out of Twemoji 13.0, Twitter users can now tweet hand hearts to their friends, family, and loved ones! 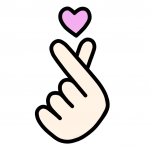 Photo from Sofie To Korea

Two anatomy-based emojis brought excitement to the world of Twitter users. These are the Lung emoji and Heart emoji. Massachusetts-based doctors Dr. Shuhan He and Dr Christian Kamkoff pitched the Lung emoji to raise awareness about respiratory health.

While the backstory of the Heart emoji is still unknown, isn’t it interesting to know that when you send someone a tweet saying you love them and you give your heart to them, you can now do it in a more graphical way!?

Moving on to the People category of the Twemoji 13.0 sub-group, 8 new emojis have been added in this update. Out of these 8 emojis seven support skin tone modifiers. Four of the eight emojis are gender-inclusive symbols, namely the Mx Claus emoji, a gender-inclusive version of Santa Claus, Man With Veil emoji, an illustration of a man wearing a white veil and a white dress with a band of pearls on top of his head, Person Feeding Baby, an image of a genderless person holding a baby bottle, feeding his or her baby, and a Man Feeding Baby, a male variant of the Person Feeding Baby emoji.

The other emojis under the People category scheduled to roll out as part of the Twemoji 13.0 update include the Ninja emoji and Woman With Veil emoji. Other emojis are the Woman Feeding Baby, and People Hugging emojis.

As for the Animals and Nature category, there are 12 new animal emojis and one feather emoji in Twemoji 13.0. In no particular order, they are the Black Cat, Mammoth, Bison, Beaver, Dodo, Feather, Seal, Beetle, Cockroach, Fly, and Worm. What’s interesting in this group are the combination of two emojis present in the Black Cat and Polar Bear symbols. New Zero Width Joiner sequences were used to make these symbols.

There are eight new food and drink emojis in Twemoji 13.0. Included in the list is the popular and highly requested Bubble Tea emoji.

Aside from the Bubble Tea emoji, Twitter fans will also now be able to include Olive, Blueberries, and Flatbread emojis in your tweets. This is very good news for all you foodies! I don’t know about you, but that list got me thirsty and hungry, too!

The biggest group in the Twemoji 13.0 rollout is the Miscellaneous category. Under this category are the 32 new emojis which fit into the broad categories of nature, symbols, and various objects. 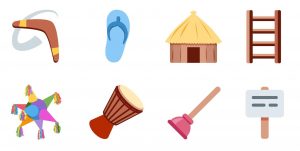 All for your tweeting pleasure, they are in no particular order, the Boomerang, Elevator, Pinata, Headstone, Placard, Toothbrush, Bucket, Mouse Trap, and Plunger emojis. Other emojis under this category are the Window, Mirror, Ladder, Hook, Screwdriver, Carpentry Saw, Potted Plant, Rock emojis. On top of all that are the Wood, Hut, Pickup Truck, Roller Skate, and Magic Wand emojis.

To add to that are the Nesting Dolls, Sewing Needle, Knot, Thong Sandal, and Military Helmet emojis. Rounding up the list are the Accordion, Long Drum, and Coin emojis.

We know you all are as excited as we are about the new emojis set to invade Twitter’s various platforms. In the coming days and weeks, you will be seeing Twemoji 13.0 support on the official Twitter website. However, if you own an iOS device, the new emojis will probably appear when Apple releases an iOS update within the year. Meanwhile, for the Android users, if your Twemoji option is not available within your Twitter app, you may manually go to Twitter’s mobile site to see and use the new batch of emojis. 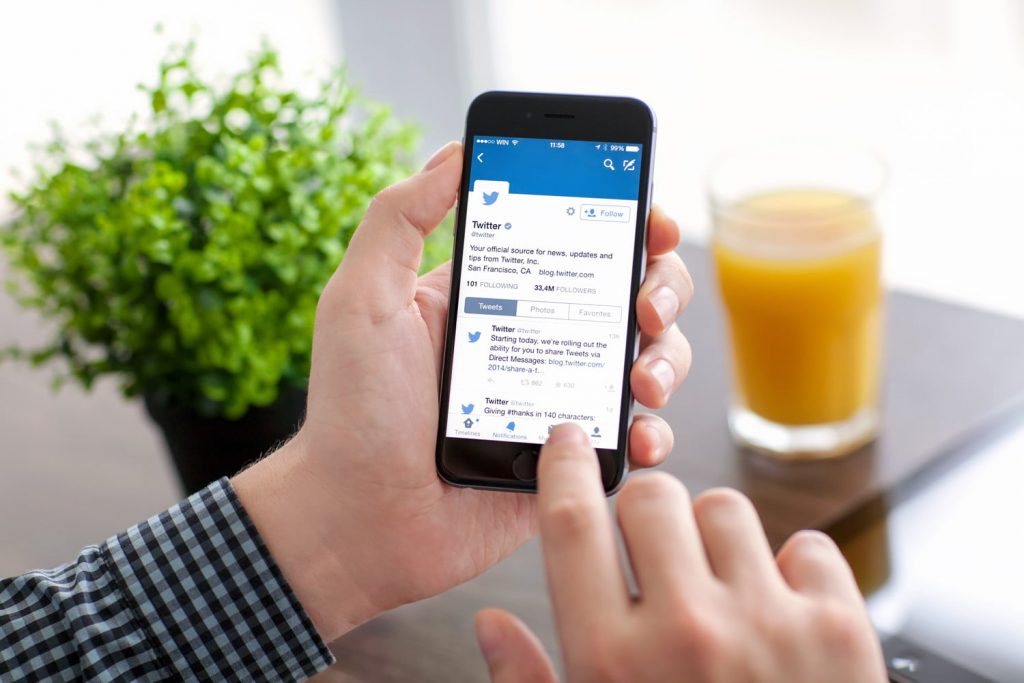 As we all shift and adjust to this unknown world in which we now live, social media apps like Twitter are doing their best to make the transition a little more comfortable for everyone.

That said, we hope Twitter will be able to do more of these kinds of things soon. As we struggle to adjust to the norms of social distancing, and the pain of being physically apart from one another, being able to communicate with our bosses, loved ones, and colleagues through the wonders of technology is one way to help see this pandemic through. 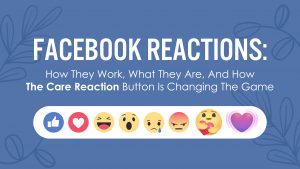 💙 Facebook Reactions: How They Work, What They Are, And How The 🤗 Care Reaction Button Is Changing The Game 💜 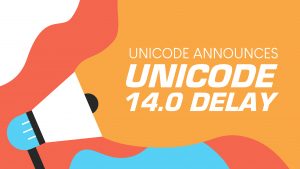 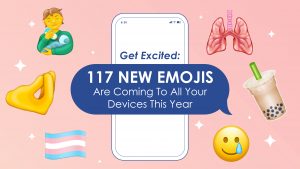 Get Excited: 117 New Emojis Are Coming To All Your Devices This Year 🤩